This is part two of my personal exploration of Captain Beefheart’s Ten Commandments of Guitar Playing. You can read the first part here.

3. Practice in front of a bush

Wait until the moon is out, then go outside, eat a multi-grained bread and play your guitar to a bush. If the bush doesn’t shake, eat another piece of bread.

Play until that bush shakes. Sustain yourself with the basics, eat and drink and wait for the moment when you think all the forces have gathered and then let loose. Does the bush shake? Does the earth quake? Then, your practice is over. If not, circle your wagons and try again.

The interesting thing is that the bush isn’t capable of reacting. Is the guitar playing like a strong wind? Is it the vibrations? The force of the playing?

You decide when you’re ready. You know when the bush shakes or the tree cries or the rock in your garden explodes with laughter. It’s inside your head.

Don’t listen to other people. You’re the judge. If you can’t handle it yet, practice in front a bush until it shakes.

It reminds me of a zen story about a master who told his student to meditate on an ox until he understood it. When the student failed, the teacher told him he had to stay in his hut until he had a total understanding of the ox. After a week, the teacher came by and asked again. The student said he still did not understand the ox. The teacher said, “You may leave the hut now if you want, but you can never return.”

The student tried but found he couldn’t leave. When the teacher asked why, the student said, “I can’t get out the door. My horns are too wide to fit.”

Practice until the bush shakes. It’s probably already shaking and you just haven’t noticed yet.

4. Walk with the devil

Old Delta blues players referred to guitar amplifiers as the “devil box.” And they were right. You have to be an equal opportunity employer in terms of who you’re bringing over from the other side. Electricity attracts devils and demons. Other instruments attract other spirits. An acoustic guitar attracts Casper. A mandolin attracts Wendy. But an electric guitar attracts Beelzebub. 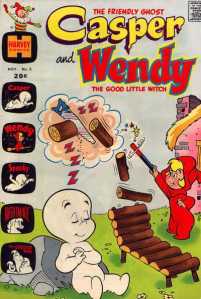 Are you too meek in your art? What are kinds of ideas are you trying to attract? Do you think you’re being dangerous, flirting with the dark side and you’re attracting Casper the Friendly Ghost?

Dare to be loud. Don’t let fear hold you back from fully exploring your ability to create. Flirt with the darkness and see what’s there. It’s not that the good stuff comes solely from the darkness, but if you never go there, you’re cutting yourself off from a vast source of inspiration.

Also, you can choose to whisper your art or to limit your release of it, but you can also face your fear directly and sometimes bring over devils and demons from the other side. They’re always there, what happens when we recognize them and explore them instead of denying their existence?

The fact that you have an amplifier means you can play it louder and share it with more people.

Use the tools at your disposal to face your fears and shame, to summon the forces you want. Make sure you’re being challenged. Walk with the devil for a while and see where it leads.

After all, you don’t have to show anyone else what you’ve created until the bush shakes.