March 10, 2007 By David Wahl in Creativity Leave a comment 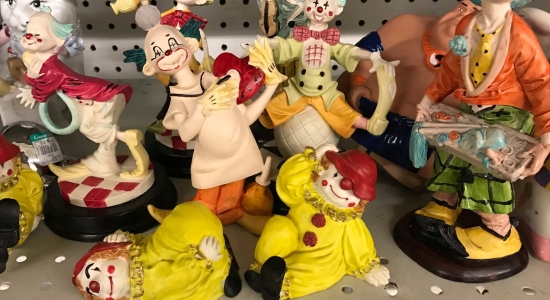 Here’s an article on an interesting phenomenon experienced by some people while they are going blind. Named for Swiss naturalist Charles Bonnet who observed it in his grandfather in the mid1700s, Charles Bonnet Syndrome or CBS is an affliction that seems to allow its sufferers to pull aside the veil to fairyland and take a peek. Symptoms include seeing hallucinations of all kinds of objects including building, animals and most commonly the floating faces of strangers with features that resemble gargoyles. Here’s a description from the article, “One woman was visited by several tiny chimney sweeps in stovepipe hats that paraded around her home, and another man spoke of a gaggle of monkeys in blue coats and red hats frolicking in his front yard day after day.”

One theory as to why it happens is that as stimuli from the outside world is removed, the brain creates interesting things to fill in the blanks. Here’s a bit from the article that supports that theory:

Formal studies have found that Charles Bonnet Syndrome has a higher rate of occurrence in those with higher education and those with creative leanings, a finding which suggests that the concept-association skills inherent in creativity and intelligence may be playing a role. The whole condition is also reminiscent of phantom limb syndrome, where people with missing limbs experience sensations as though the body parts are still present.

I know that people sitting in zazen meditation also get hallucinations similar to these referred to as makyos. They are often confused as being a vision or enlightenment, but are believed to be simply distractions to meditation.

So, if you are looking for hallucinations, skip drugs and just try lack of stimulation and boredom. You could find your yard full of playing monkeys and that’s always a good thing.